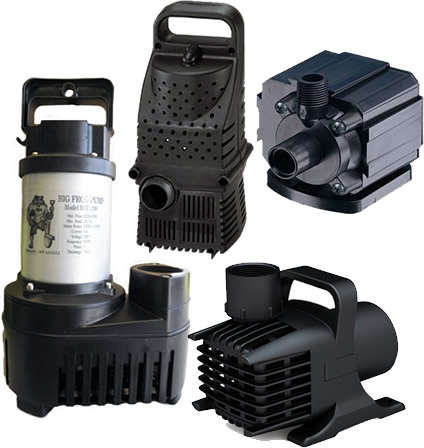 The economy has everyone tightening their belts, including pond hobbyists. With less money to spend on luxuries, owners want to maintain their investment as economically as possible. Manufacturers of large-scale pumps heard this call for economy and responded by developing pumps and promoting systems that run more efficiently.

Pumps hitting today's market address consumption-conscious consumer concerns, said Bill Minnick, president of Danner Mfg. Inc. in Islandia, N.Y. "We're developing large-scale pumps to be more efficient to address energy concerns and the green movement. Their performance is increasing, and they use much less energy than in the past.”

Retailers will see more magnetically driven pumps available, Minnick said. These pumps retail at a similar price and run at about one-third of the energy costs of mechanical pumps, he said.

"Magnetically driven pumps have begun to be the more dominant pump being used," Minnick said. The rising popularity of magnetically driven pumps can be attributed to an increase in their power, Minnick said. Until about 10 years ago, these pumps, which came from the aquarium industry, could perform only in small-scale ponds. As demand for efficiency grew, manufacturers put more of their resources into research and development for these high-performance pumps.

Another feature of magnetically driven pumps - variable speed - also helps consumers conserve energy, Minnick said. "From midnight to early morning, you don't need the pump on full-blast because no one will see the water feature. With magnetically driven pumps, you can put on the timer so that it only runs full-blast when people are there to see it.”

Consumers also can use a pump with a timer to conserve energy in koi ponds, said William Lim, president of Lim Corp. in Mira Loma, Calif. "You have to run a koi pond 24 hours a day, but you can slow the pump down at night because fish don't eat or poop as much then.”

In addition to buying a more efficient pump, consumers can save on energy costs by buying more than one pump, Lim said. The number of pumps that a consumer should purchase depends on the needs of their ponds. The more gallons per minute that need moving, the more pumps the pond needs. For instance, if one pump moves 100 gpm, then two would move 200 gpm, three would move 300 gpm, and so on.

Providing more than one pump per pond also reduces the danger if one breaks, Lim said. If this happens, the remaining pumps keep the water circulating until the broken pump is repaired.

Consumers can save on the initial costs of pond set-up by buying a kit that includes a pump and other water-circulation components, such as a filter and a sediment tank, Lim said. A system package usually costs less than buying parts piecemeal.

Kits do have drawbacks, though, Minnick said. Because they are mass-produced, consumers might not find the exact system that they want.

As customers look for ways to maintain their water features and reduce expenses, retailers can point to the options that manufacturers develop. From magnetically driven pumps to multiple pumps to using complimentary parts, companies can keep business and customer ponds running. WGN